Alunah carve their own musical path merging elements of doom metal, psychedelia and classic rock, with earthy hypnotic vocal melodies. They are here to search for the spark within humanity, and revive the dying earth. They formed in 2006 in the English Midlands, and from then until now have spent their time well, constantly evolving and progressing. A wise man once said look deep into nature, and then you will understand everything better, Alunah are the musical embodiment of this. They have taken their songs of nature worship and English folklore all over Europe, and have committed them to vinyl, CD and tape cassette over 3 full length albums. After giving their second album White Hoarhound a vinyl release in 2013, Austrian metal behemoths Napalm Records joined forces with Alunah in 2014 to release their third album Awakening The Forest. This followed Call of Avernus (2010) and White Hoarhound (2012). Call of Avernus is now being given a first-time vinyl release via HeviSike Records. 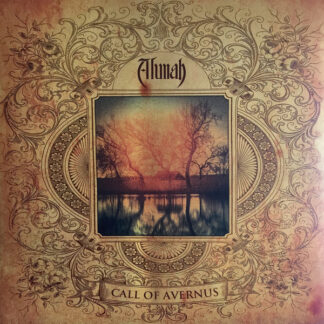