‘Syndenes Magi’ is the sixth release from Norwegian progressive rock band Arabs In Aspic. Focusing on an old-school sound, the use of Hammond organs, Mellotron, Rhodes, Space Echo, vintage guitars and tube amps shines through and colours the entire album. The songs on ‘Syndenes Magi’ are darker and heavier than those from the previous release. The lyrics, written in Norwegian, reflect the instability of today’s world. Featuring extensive vocal harmonies and dynamic compositions, this album will appeal to listeners both old and young. On limited marbled vinyl. 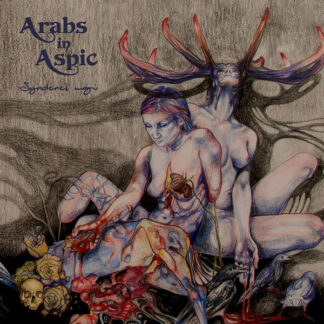