Ball is back from the grave! The disturbed, smut peddling, slime hardrock-psych band makes a triumphant return from the deepest pits of hell, soaked in bloody diabolical occult havoc. Ball now announces a new one of-a-kind release that boldly pays homage to everything Satanic. A unique, limited edition of 500 copies, flexi-disc single record combined with a beastly behemoth 384 pages hardcover deluxe art book, cram packed with a visual testament to Ball’s unholy desires. During the height of the turned-on 1960s and ’70s occult explosion even the under the counter men’s magazines got in on the act and began a surreal exploration of the haunting netherworld of witchcraft and Satanism. This monumental art book reveals a world of diabolical smut that was so compelling and obscure that many people today would actually question whether or not the magazines were real or just an elaborate and detailed modern photo editing invention. Well, they are real, and they are spectacular! These magazines are in fact, out there in the world. They are collecting dust in attics, basements, and garages. Hidden away from sight. Unsavory treasures deemed too filthy and then forgotten by their lustful owners. This massive 384 pages deluxe hardcover book is a glimpse into a vast and shocking world that still remains virtually unknown and unexplored. These artifacts come from a bygone era promoting sexual revolution and freedom with overt and unholy occult themes. If you have any issues with hardcore witchcraft and Satanism, body hair or nudity, don’t pick this release up and quickly get it out of your sight, and forget everything we’ve mentioned. Just remember life’s too short to take everything so seriously. Flesh is beautiful. It’s time to descend into the infernal witches’ cauldron and deep down into the hellish pit for a real Black Mass. Educational material for adults only. Sale to minors prohibited. 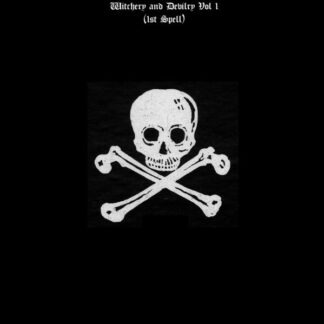