After Bloodshot Eyes released ‘On My Knees’, the band reformed one year later in a new line-up with Ian Secombe on guitar and John Prime on bass. The band recorded ‘Bad Blood’ in 1985, and split shortly after. This reissue on High Roller Records contains all six cuts from that 1985 session, together with the two tracks from the ‘Bad News Blues’ 7″ and two tracks recorded in 1983. Comes on clear vinyl. 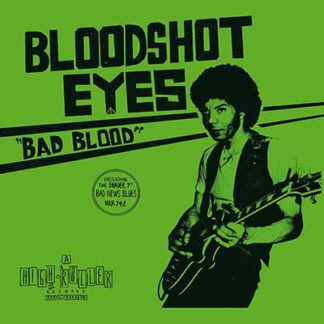