Causa Sui returns to improve with a third round of mindbending jams featuring Ron Schneiderman! The savage, kaleidoscopic improvisations of the quintet’s previous two volumes instantly gained reverence among fans of free flowing krautrock and detuned stoner rock, and this addition, recorded in the late summer of 2013, fulfills the group’s potential entirely. The krautrock grooves, the low-end heavyness and the sprawling furor is still very much present, but this set -recorded at the Festival of Endless Gratitude in the summer of 2013- is also permeated by a rare free jazz-sensibility, at times recalling American masters of improvisation such as John Coltrane and Don Cherry in spirit. Ferociously experimental, yet absolutely welcoming and corporal. 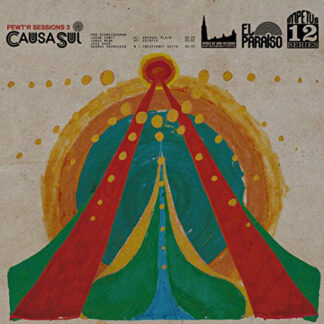