Limited edition of 300 copies on brown vinyl, plus a CD in a paper sleeve (wallet), all inside a fully printed album cover. Deus Ex Machina are the exception that proves the rule that applies to the Greek independent scene, which says that only a few, very few, manage to sustain seamless continuity over time. Since 1989, when they got together for the first time, they have in various ways stated their presence. And Deus Ex Machina have always been there. Ten years after the release of their latest full length album, ‘Signs’, they recorded ‘The Sound Of Liberation’. Deus Ex Machina wrote ten songs against the powers that be and all kinds of authority, as a direct response to what our globally shared social environment encompasses.Jello Biafra (with an excerpt from one of his speeches) opens the album, which ends with an excerpt of a speech by the Zapatista’s subcommander Marcos. 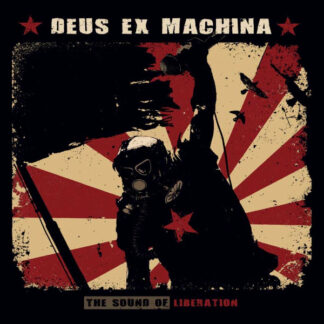