Message found on No Quarter’s answering machine: “Hey Mike-Thanks for sendin’ over the latest from Endless Boogie. So ‘Long Island’ makes, what, their 7th trip around the vinyl horn? You gotta give it to’em, they’re style of blast don’t ever get old. I once seen Boog Powell in this post game, after he’d hit two dingers off the A’s, & the interviewer asked “do ya ever get tired of blastin’em over the fence”? Boog ruminated this for a second, gave way to scratchin his head, then locked eyes w/the natterin pipsqueak, smiled & said ‘NOPE”! And look at him now? The king of Baltimore BBQ. So I was thinkin Endless Boogie is in the same class (okay, hold the Baltimore & hold the BBQ). Who don’t love’em? Mike, even GIRLS BUY THESE RECORDS. There ain’t no better testimonial to greatness than that! Let the pencil-neck ‘n fat bottomed crit boys yammer on about comparisons to Coloured Balls, Trad Gras, Velvets, etc. At the end of the day it’s the sonic stats that get pasted into Endless Boogie’s page of the Rock & Roll Almanac. And in them annals they’s battin 1000%. Pitchin’s solid to boot. So it seems a mystery to me why’s anyone would have to reach into the hyperbolic ether to pull down accurate tags. I mean, shit, ‘Long Island’ could almost be the second coming of ‘Brain Capers’. You know? I can see you makin that pissy-ass face of yours, & sure, a Mott The Hoople comparison is about as psychedelic as an onion. But you know who liked onions? Ollie fuckin Halsall for one. They say he ate his the same way Kevin Ayers breeze through life – pickled. Don’t think for uno momento that Norberto ‘Pappo’ Napolitano didn’t consume tons of the allium genus in his lifetime. The man ate’em slathered’em on grilled beef every day of his life liked it growed on trees! To say nothin of the band Troyka, whose member, Ron Lukawitski was THE originator of the Bloomin Onion. But that’s yrs ago, up to Edmonton, Alberta at a little place called Harry Hill’s where is was known as the ‘Puckered Fist’. I reckon they figured it was a well kept secret. How’s Outback Steakhouse come to….procure….the recipe is one of life’s great mysteries. Now I ain’t no licensed shaman but these ears don’t lie. And they’s insinuatin that ‘Long Island’ is chock full’ve more phenols ‘n flavonoids that you can shake a brace’ve Groundhogs albums at. And Mike? If you’s is still in the throes of menopause, I have it on good authority that Top Dollar’s voice is so witchy that it can destroy osteoclats, thus keepin them delicate bones of yours safe. The same was said about Ariel Bender’s back in the day too. But only when he was Luther Grosvenor. Tellin, don’t you think? Now pass the relish, I think I’m Patto.” Roland Seward Woodbe sent from the pay phone at Ding-Dong Dell’s Scalp Level, Pa 2012 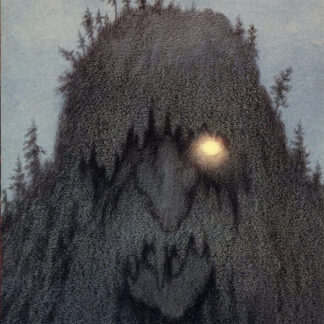