Gomer Pyle is an early ’90s psychedelic stoner band from The Netherlands with a broad musical range and interests. Following an unconventional process of creation, the band has managed to mix a cosmic gritty riffing with dreamy melodies, creating its own genre. Their third album ‘Before I Die I’ is dedicated to their manager and friend Bidi van Drongelen. Crystal-clear jamming vibes, gushing from ingeniously interspersed spacey riffs, born from outer space psychedelic dream trips covered with melancholic notes are driving you through hypnotic vibes where the vocals and the lead guitar are celebrating the dark side of the desert on a van, who drives you back to the era of grunge. Limited edition of 300 copies on sun yellow transparent vinyl. Recorded at De Kift Studio, Koog aan de Zaan and Studio Gras, Oss 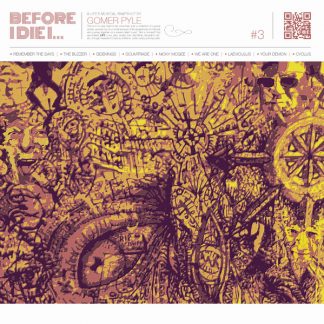 You're viewing: Gomer Pyle ‎– Before I Die I… Sun Yellow Transparent Vinyl €27,00
Add to cart