From jamming in a basement in a London record store to bagging the biggest recording deal in the history of popular music, Led Zeppelin’s rise to super-stardom took only a few short months. The band that would come to redefine hard rock music and influence generations of future rockers is here captured in all its thundering sonic glory as it embarked on a tour of Scandinavia in the spring of 1969.

Performed live at Stockholm’s Konserthuset on March 14, broadcast by Sveriges Radio and Copenhagen’s Gladaxe on March 17, broadcast by TV-BYEN, these gigs are an early taste of the virtuoso rock performances that would break stadium attendance records across the globe and change the genre forever. 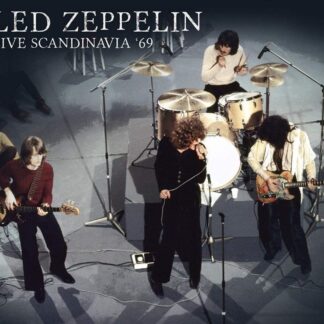