Take No Prisoners is the fourth studio album by American southern rock band Molly Hatchet, released in 1981. This is the second and last studio album released with lead singer Jimmy Farrar and the last one with original bass player Banner Thomas and the last to feature drummer Bruce Crump until The Deed Is Done. “Respect Me in the Morning” is a duet between Farrar and Joyce “Baby Jean” Kennedy of Mother’s Finest. The album is also notable because actress Katey Sagal appears as a backup singer 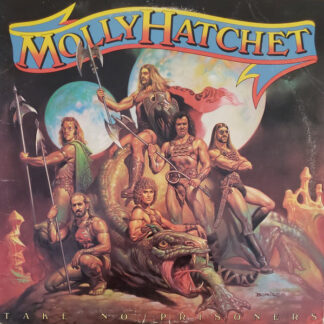