Don’t try to label Nightstalker, it only makes them mad. Over the years they’ve been saddled with every label under the sun. In the ’90s it was grunge… Then it was stoner rock… And never try to call them a ‘Greek rock act’ either. They play rock music, plain and simple, and have been doing so to rave reviews for the past three decades. Here is the 10th anniversary reissue of ‘Dead Rock Commandos’ on heavy 150 gram vinyl, in glorious gatefold cover, including photos and lyrics. Another album worth of raw rock’n’roll simplicity, filled with stunning riffs and electric haze. More heavy sounds, groovy rhythms and intense bass playing all merging with the power of Argy’s vocals, which is the secret to the music of Nightstalker that has kept the band going for more than 30 years and made them one of the most important bands in the history of the European hard rock scene. Limited to 300 copies on dark green vinyl. 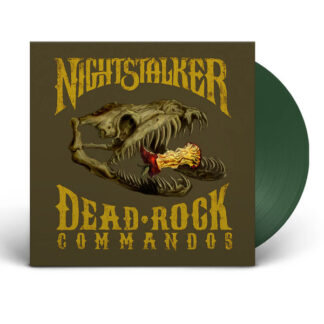