Recorded on the heels of their debut album ‘If Two Worlds Kiss’ and informed by the band’s oscillating live synergy and bolstered by a boon of new equipment and texture, Pink Turns Blue’s sophomore album ‘Meta’ (1988) was a conceptual leap predicated by the study of sound and exploration of its edges. With the same fervor that Joy Division mined deeper, darker, and less linear on ‘Closer’, ‘Meta’ is a cohesive meditation on atmosphere and how every note and passage can traverse space individually and as part of a larger narrative. Singles ‘Touch The Skies’ and ‘Your Master Is Calling’ are the album’s cornerstones; airy, steady, and driving tracks with a depth of melody and orchestration that sparked a shimmering new example of dark pop. The instrumental balance throughout the album creates a strobe light journey later echoed throughout gothic compatriots exploring minor keys and nocturnal themes. 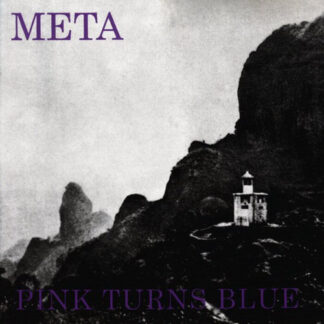