Before being forced to change their name to Sons of Otis, a Toronto band called Otis released a blistering EP of grungy, grimy psychedelic doom. France’s Totem Cat Records is keeping the legacy of the album alive with a remastered 2020 reissue. Sons of Otis has existed as an entity since the early nineties and is best known for their heavily spaced out, molassis- slow music which is reminis- cent of stoner rock, doom and psychedelia. Before releasing a slew of defining releases in the next two decades, the band released their first ma- terial in 1994 under the moni- ker Otis. Paid To Suffer is a rawer record that has more in com- mon with Melvins than future tourmates Electric Wizard, but still bears the trademark sound developed later on. Perhaps this is most defined by guitarist/vocalist Ken Baluke’s extreme approach to distortion, torturing guitar and amplifier alike with an array of fuzz and modulation pedals. Paid To Suffer is a milestone in heavy music, an antidote to hippie-friendly space rock á la Hawkwind, the conjuring of a sonic black hole. This album has been remas- tered by Baluke himself, with artwork and layout complete- ly reworked to sound and look better than ever before. 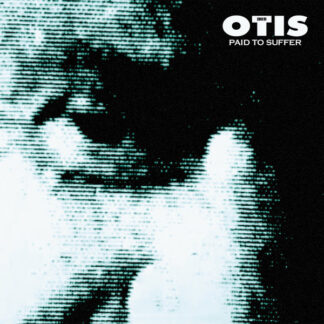