In early 2008, age 18, Space Dimension Controller (R&S, Clone, Royal Oak) made his first album in his bedroom in Belfast, now set for a release on 27th May 2016 via Ninja Tune. Crunchy, tattered and enjoyably odd – “Orange Melamine” is a lovingly produced and deeply personal album that laces supernatural sounds and translucent synths with a sense of overflowing harmony. Washed in reverb and draped in hiss, the album draws influence from the old VHS tapes handed down to Space Dimension Controller from his older brother and cousins, as well as artists like Boards of Canada, Brian Eno and William Basinski.

The album is also steeped in audio and visual references from 80’s and 90’s sci-fi films and animations; from The Guyver, Short Circuit, The Gobots, and Ghostbusters through to The Fifth Element, Escape from New York and Power Rangers – also reflected in the album’s visual identity created by Jacob Chabeaux. 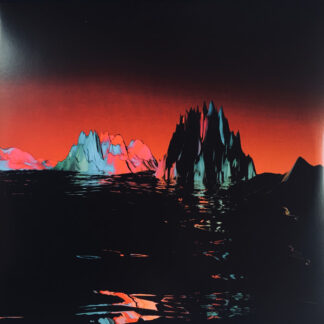