Rising from Athens Greece, the ‘unholy’ rock’n’roll trio Supersoul, in collaboration with The Lab Records has finally pressed their debut LP, ‘Faith Bender’ (originally released only on CD in September 2017), on limited edition of 300 gold vinyl. Consisting of 14 songs, the album instantly established their presence in the rock’n’roll scene, playing shows like Keep it Low festival with Elder, Wo Fat and Colour Haze, the Stavros Niarchos Foundation show of Planet Of Zeus with more than 10.000 attendees, as well as their debut tour, ‘Blues Royalle’, spanning 6 European countries. Sharp lyricism, fuzzy riffs and heavy grooves, are some of the elements of ‘Faith Bender’, and the album’s identity reveals itself instantly by the kick start song, ‘Mind Me When I’m Gone’. Ending with ‘Freedom Prayer’ you’ll find yourself having gone through a complete music journey. “The perfect score to noir films, to drama TV like ‘Sons Of Anarchy’ or ‘True Detective’, or for a rock club’s dancefloor! 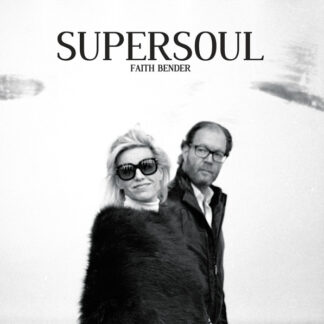