Swedish trio Svvamp’s self-titled debut was a breath of fresh air – unpretentious and free, primordial homespun classic rock that landed in the Top 20 Albums of 2016 in the Doom Charts consortium of writers and radio. The most common remark being just how genuine and uncontrived it sounded, unlike most bands that posture and mimic the sounds of yesteryear. So, it may be hard to grasp how fully realized the band sounds on ‘Svvamp 2’, while still sounding as laid back as their debut. Perhaps it can be partly attributed to Svvamp’s jump from self-recording on a 4-channel cassette deck to self-recording on a comparatively expansive SIX-channel system. That’s two whole more tracks to fill up, folks! The obvious comparison to the groundbreaking psychedelic albums of the late ’60s, when artists began experimenting with studios moving from 4, to 8 to 16 tracks, is fitting here too. “A pronounced influence from Pentagram’s ‘First Daze Here’ as well as Blue Cheer, as though the last 45-plus years were melted away and the capital-letters Psychedelic Era begun anew.”

Be the first to review “Svvamp – Svvamp 2 LP” Cancel reply 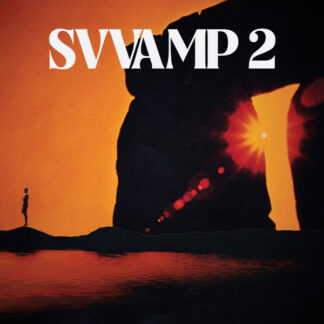