The Band Whose Name Is A Symbol, Anunnaki ‎– Untitled

2 of Canada’s top ambassadors of all things Kosmische team up for 60 minutes of primitive skull crushing modern psychedelic music. The mutual admiration between Ottawa, Ontario’s THE BAND WHOSE NAME IS A SYMBOL and Nanaimo, British Columbia’s ANUNNAKI was previously realized when both bands appeared on 2017’s ‘Return of the Son of Gutbucket’ compilation LP featuring 8 contemporary Canadian psych bands, released on Cardinal Fuzz/NoiseAgonyMayhem Records, as well as both bands having shared the stage at Ottawa Psych Fest II in 2019. TBWNIS delivers 2 cuts, ‘Mimas’s Cosmic Battle’ and ‘Face Down In The Sour Kraut’, while ANUNNAKI brings us ‘The Archaeus Cycle’. Both bands recorded their tracks in March 2019 just before everyone went into lockdown, live with no ODs.

Be the first to review “The Band Whose Name Is A Symbol, Anunnaki ‎– Untitled” Cancel reply 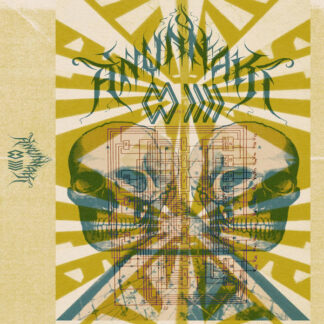 You're viewing: The Band Whose Name Is A Symbol, Anunnaki ‎– Untitled €22,00
Add to cart
This site uses cookies: Find out more.