Madfish Release Heavyweight Vinyl Of The Seminal 1977 Album From The Enid. Formed among friends in 1974, The Enid invented a school of intelligent, powerful and romantic rock music which is unique to them. The band have gone on to record 14 studio albums. Under the tutelage of Robert John Godfrey, The Enid have avoided all of the obvious traps the learned/received riff-based music which distinguishes so much rock, the well-trodden harmonic progressions, familiar melodic lines and stock-in-trade rhythms. In 2009, after a ten year break, founder members Robert John Godfrey and Dave Storey put together a new version of the band. Since then The Enid has had fantastic receptions in gigs all over the UK, in Europe and the USA. The 21st century line-up, spanning three generations, released Invicta, their latest album in 2012. This new heavyweight vinyl edition of the band’s second album Aerie Faerie Nonsense, is the second of a series of reissues of classic albums by the band on Madfish. Originally released in 1977 on EMI. From the offset The Enid always promised to be different, at a time when punk rock was exploding all around them, The Enid were writing and performing large-scale, dynamic and atmospheric instrumental pieces inspired by myth and fantasy. Aerie Faerie Nonsense remains one of the most inventive of the progressive albums of that era, with elaborate arrangements, memorable melodies; outstanding, delicate yet bombastic musicianship. The album features part I & II of the band’s most celebrated piece ‘Fand’. The 2014 vinyl re-issues have all been newly re-mastered by The Enid’s Max Read. www.TheEnid.co.uk “The quintessentially English prog group.” Tim Jones, Record Collector Magazine “Pink Floyd meets the Berlin Philharmonic” Time Out “The most majestic rock band of all time” Band On The Wall “The biggest cult band in Europe” BBC Radio One 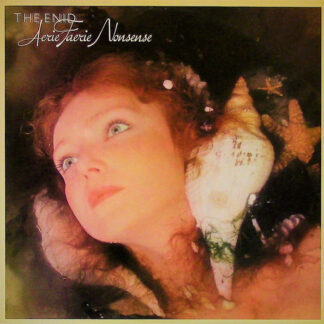