The Voices ‎– The Sound of Young America LP

“In the Autumn of 2018 I was driving to work and had the CD of ‘The Sound Of Young America’ by The Voices playing on the car stereo. Capturing elements of Spacemen 3 and MBV while creating their own distinctive sound, I’ve loved this album ever since it was released back in 2007. I suddenly realised that this amazing album had never been made available on vinyl. And then I remembered that I ran my own record label. Not sure why it took me so long to put 2 and 2 together but I contacted the band immediately and the wheels were quickly put into motion. As it happens, the band were in the process of putting out a new album via their Bandcamp page and also remastering their earlier work so the timing could not have been better. The artwork and audio have been given a bit of a make over and a definitive version of this great and often over-looked album has now been given the Drone Rock Records treatment. “~Drone Rock Records. During their four year life span they released the lauded 2007 album ‘The Sound Of Young America’ via My Kung Fu, including the title track, a blistering wall of sound with washed out vocals. 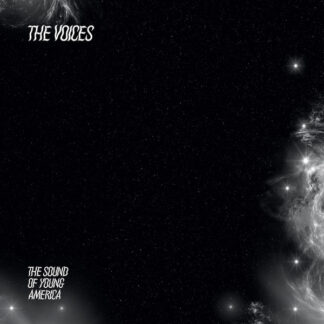 You're viewing: The Voices ‎– The Sound of Young America LP €25,00
Add to cart