2007 release. Recordings of two live concerts from 1987 (in Leicester, England, and München, Germany) with sleeve notes by the band’s original drummer, Shaun Charman. These recordings formed the first two releases in the band’s own Live Tape series (cassettes that the band sold at concerts and through their fanzine in the ’80s and ’90s); the series was unavailable elsewhere, so the cassettes have since become rare collectors’ items. This is the first in the Scopitones label’s series of beautifully mastered double-CD re-releases, all of which have been graciously received by the band’s loyal fans. 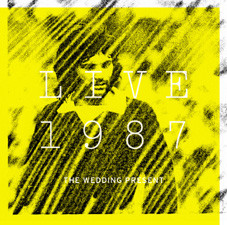