A reissue of ‘The World’s Insane’, the second album by hard rock, heavy metal veterans Vardis. Originally released in 1981, the album features a cover version of Hawkwind’s ‘Silver Machine’, and features bagpipes played by Judd Lander, making it one of the few heavy metal albums of that time to ever feature bagpipes. The album also features a guest appearances from Status Quo’s Andy Bown on keyboards. 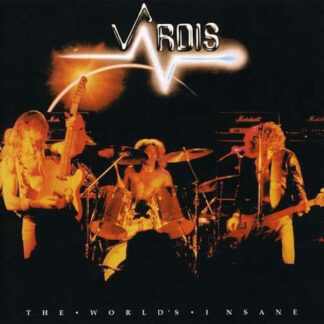