Next up on The Great Pop Supplement is a 45 from revered Michigan space rockers Windy and Carl. Released in celebration of the duo’s 20 years as recording artists (they self released their debut 45 in 1993); the single represents something of a case of coming full circle for band and label as their first UK release came on GPS head Dom’s first label (Enraptured) in 1996, and the single here seemed a logical step in many respects. Their 20 year career has seen all manner of killer releases across labels such as Kranky, Darla, Ba-Da-Bing and Earworm. The single is heavy with their mesmerising trademark drone and drift, with A side ‘Calliope’ awash with Carl’s beautiful echo laden guitar sound and Windy’s murmured vocal lines on top- lovely stuff and coupled with the awesome package (a 2 part diecut sleeve and transparent yellow wax) makes for a great way for The GPS to see out 2014. Pressing of 500. 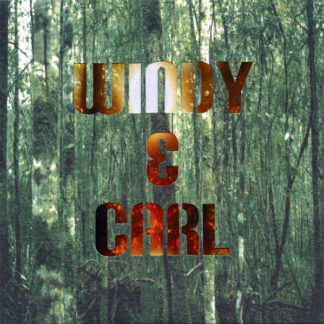