The songs on Yawning Man’s 6th full-length release are described as “an emotional and visceral expression of pure melodic darkness and beauty”. The album was recorded at Gato Trail Studios in Joshua Tree, CA and produced and engineered by friend and long time collaborator, Mathias Schneeberger (Mark Lanegan, Greg Duli, SUNN O))), Earth, The Obsessed). The eight songs offered here are the results of a conscious focus to the poetry in melody, finding new sounds and melodic passages that conjure visuals and express emotion and movement. Six of the eight songs are in the instrumental tradition the band is mostly know for however two tracks feature the rare appearance of a vocalist (bassist Mario Lalli) alongside Gary Arce’s dream weaving guitar work. Half-half red/clear blue vinyl version. 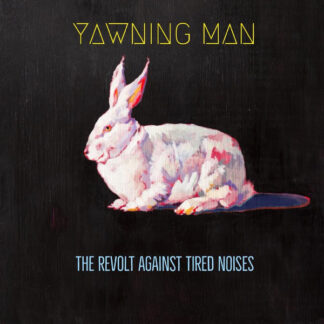