Desert Rock band formed in Athens in 1998 by former members of ‘The Last Drive’, ‘Honeydive’, ‘Rockin’ Bones’ and ‘Engine V’. Their debut 7″ single was released with Fractal Press magazine. The band signed to ‘Trade Records (2)’ and recorded their self-titled debut album with producer ‘Jim Spliff’. It came out in 2000 and featured 13 songs, including three cover versions of songs by ‘Kyuss’, ‘Woody Guthrie’ and ‘Guillermo Portabales’. The band took part in two benefit concerts for the campaign Escuelas para Chiapas and in June 2003 played at the demonstration against the EU summit in Thessaloniki. In September 2003, ‘Λούης Κοντούλης’ (ex-member of ‘Stress (13)’) joined on trumpet and percussion. In 2004 they signed to Sirius (2) (the record company founded by ‘Manos Hadjidakis’) and started working on their third album, which included an Ennio Morricone cover. In early 2005 they recruited a second trumpet player, ‘Johnny Mato’.
The Earthbound suspended action in summer of 2009. 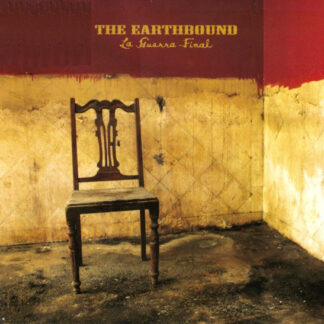