The Raindogs! were born in Athens, the city of destruction and hope, on the fateful year of 2008. From their beginnings, the band did not hesitate to make clear the wide range of influences behind it: A particular mix of punk rock’s most dynamic forms coupled with sinewy hypnotic ska and dub, with nods to garage and clasical rock. The solid rhythm section formed the basis of their sound, over which glided the guitars, with the horn section perfectly complementing the whole.
The band spent most of 2008 with appearances at clubs and self-managed haunts throughout the city, gaining an initial loyal core of friends who constantly turned up to their concerts. In early 2009, they entered the studio for the first time to record their first demo with the participation of Demetra Sideris on vocal duties.
Continuing the “journey”, while playing in many cities of the Greek hinterland, the band expanded both their public and their horizons. On September 26, 2010, The Raindogs! participated in a concert in solidarity for jailed activist Simos Seisidis which took place at the Petra Theater, along with other famous Greek musicians and bands (D. Poulikakos, The Last Drive, Deus Ex Machina, etc.). In June of 2011, the band opened for Sublime in Athens, capturing the public’s attention. In December 2011, the band opened for the Jamaican greats The Skatalites and gained many more followers thanks to their energetic appearance.
In January 2011 the band entered A-Class studios to record their first full-length album, with the help of the production team of Jim Spliff (Villa 21, The Last Drive, The Earthbound, Nightstalker, etc.) and Panos M. (The Earthbound). The album was recorded in full analogue settings, the resulting tape reel delivering the ideal dynamic range of the band’s music along with their known characteristic timbre. Each piece is a short history of the city in these difficult times.
The album is released in collaboration with Lab Records, and is entitled «Unleash the Six»

Be the first to review “The Raindogs! – Unleash The Six LP Orange/Black Vinyl” Cancel reply 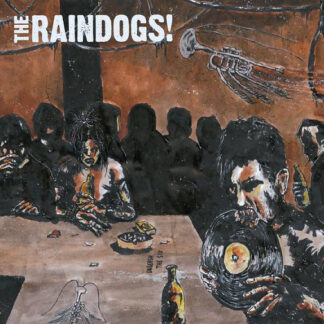 You're viewing: The Raindogs! – Unleash The Six LP Orange/Black Vinyl €10,00
Add to cart