Double vinyl release of heavy, groove-laden, American-style stoner rock from this Boston band released on Germany’s BiLocation Records. “Cortez’s eponymously named double vinyl release is a collection of hard-hitting, fuzz-drenched songwriting propelled by the nitro-fueled pistons of an especially heavy-handed drummer. Songs like “Johnny”, “All Hail”, “Northlander” and especially ‘going to a show’ anthem “Ride On” could result in fist-sized dents in the roof of your automobile as you rock along with the Cortez crew. They give their songs just enough standard rock n’ roll sensibilities to keep them from crossing the wire into Heavy Metal territory.” Hellride Music If you dig bands like Roadsaw or Sasquatch, you’ll dig these guys.

Be the first to review “Cortez – Cortez 2xLP” Cancel reply 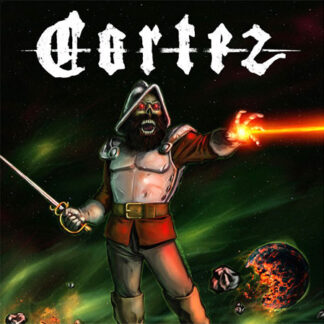